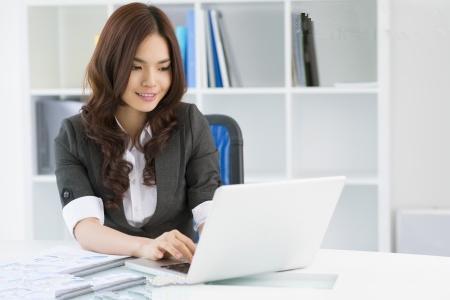 The history and development of the beverage that we know as coffee is varied and interesting,involving chance occurrences,political intrigue,and the pursuit of wealth and power.
According to one story,a sheepherder named Kaldi as he tended his sheep noticed the effect of coffee beans on behavior.He noticed that the sheep became hyperactive after eating the red "cherries" from a certain plant when they changed pastures.He tried a few themselves,and was soon as overactive as his herd.The story relates that a monk happened by and scolded him for "partaking of the devil"s fruit." However the monks soon discovered that this fruit from the shiny green plant could help them stay awake for their prayers.
Another legend gives us the name for coffee or "mocha." An Arabian was banished to the desert with his followers to die of starvation.In desperation,Omar had his friends boil and eat the fruit from an unknown plant.Not only did the broth save the exiles,but the residents of the nearest town,Mocha,took their survival as a religious sign.The plant and its beverage were named Mocha to honor this event.
One early use for coffee would have little appeal today.The Galla tribe from Ethiopia used coffee,but not as a drink.They would wrap the beans in animal fat as their only source of nutrition while on raiding parties.The Turks were the first countries to adopt it as a drink,often adding spices such as clove,cinnamon,cardamom and anise to the brew.
Coffee was introduced much later to countries beyond Arabia whose inhabitants believed it to be a delicacy and guarded its secret as if they were top secret military plans.The government forbade transportation of the plant out of the Moslem nations.The actual spread of coffee was started illegally.One Arab named Baba Budan smuggled beans to some mountains near Mysore,India,and started a farm there.Early in this century,the descendants of those original plants were found still growing fruitfully in the region.
Coffee was believed by some Christians to be the devil"s drink.Pope Vincent III heard this and decided to taste it before he banished it.He enjoyed it so much and baptized it,saying,"coffee is so delicious it would be a pity to let the infidels have exclusive use of it."
Coffee today is grown and enjoyed worldwide,and is one of the few crops that small farmers in third-world countries can profitably export.

The Nestle coffee in the past two decades, has been committed to the development of the instant coffee, and in recent years has put more energy into the 12 instant coffee.They are going to produce brand new Nescafe,together with the right amount of sugar and coffee mate,and the taste is just right. It"s convenient to drink,just soluble with water , a new cartridge, slim shape, easy to carry.But relatively speaking, our coffee is closer to life, we use Yunnan local boutique coffee beans, so that we can not only guarantee the quality, but also reduce costs greatly .The slogan of Nescafe has has been "good food good life".We also believe that the health and safety of the high-quality coffee will bring a lot of enjoyment to our lives.However, in recent years, the Nestle appears the phenomenon of unqualified production was recalled frequently,Consumers seem to have begun to question their products,there is no doubt that our coffee will put into the market after rigorous inspection.People come to different groups of people to buy our coffee,they can be kids and old people.Our company is in Beijing, but in every city of China people can buy our coffee everywhere. Consumers can spend a small mount of money to buy high-quality coffee.
我自己翻译的,不一定准确,不过希望可以帮到你一些,要是满意的话不要忘了采用哦!